We’re a globally recognized technology innovator that transforms training delivery and credential management for workforces that stretch across many employers.

Governments, regulators, unions, and organizations overseeing training beyond their boundaries recognize that continual upskilling and lifelong credential management are essential services. In response to the revolutionary changes afoot, they need a way to ensure the enduring productivity, safety and employability of their workforces.

Advanced training solutions must go beyond the siloed single-employer LMS. Workers are mobile, dispersed, distributed and respond to unfamiliar tasks in real-time. Technologies that support them must do the same.

We leverage technology to deploy transformational workforce training solutions. Overhauling outdated and piecemeal approaches to upskilling and credentialing workers employed across many businesses is hard… we fix that.

An Integrated Skills Management (ISM) platform that offers value to all partner groups that cooperate in the training and credentialing of workers.

Deep domain expertise and understanding of the specific training delivery and credential management challenges our customers may face.

A platform ecosystem that can securely and appropriately deliver, issue, validate, share and manage certificates to workers, employers and/or inspectors.

In Bluedrop, we have a true partnership which led to a solution that was delivered on time and on budget, and helped us transform the delivery process for managing and tracking OH&S training for the entire Province.”

Bluedrop ISM is a technology pioneer with nearly three decades of international experience. We provide training management solutions that help employers and workers threatened by a fast-changing labour market to survive and thrive.

Bluedrop was founded in 1992 as a Memorial university engineering class project that went wrong. Our CEO Emad Rizkalla was there then, and he still has yet to land his first job. The company has evolved — a lot -over 30 years. But we have never lost our trailblazer ways.

We are the same company that built the first functional website for the NBA’s Golden State Warriors. We are the ones that built the controls and data storage for a Get Away Special that flew aboard NASA’s Discovery Shuttle. We are the ones who built early bleeding edge e-learning solutions for Microsoft, Cisco, Pfizer, Dell, Exxon-Mobil, Subway and RBC. And, finally, we are the company which trained women in rural Africa how to market and sell solar panels that generate electricity for remote villages.

Bluedrop ISM is just the latest installment in our story of trailblazing… and our most ambitious. Built around our SkillsPass ISM platform, we unflinchingly chose to tackle workforce challenges that were ignored by our industry.

Over one decade after launch, Skillspass now supports the training and credential management needs of Governments, OH&S insurers, regulators, general contractors, and industry associations around the globe.We even provide the System of Record for regulatory training delivery and certifications in six Canadian Provinces.

To get a better flavour of who we are and how we got here, check out the podcast on the birth, growth and evolution of Bluedrop below. 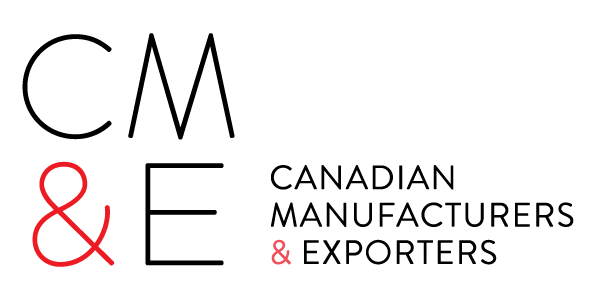 More from our customers
Reimagine, Deliver, and Safeguard
Your Industry Training with SkillsPass 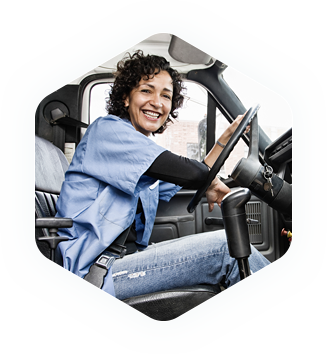 A proven cloud-based platform for upskilling and credentialing workforces that stretch across many employers. SkillsPass brings structure to complex training situations that overwhelm a traditional LMS.

“Enjoy the little things in life, for one day you may look back and realize they were the big things.” – Robert Brault
Meet the Team
Community Outreach
(True Blue)
“The two most important days in your life are the day you’re born, and the day you find out why ” – Oscar Wilde
What is True Blue?

“When you lead with what’s possible and how you create value for people, it’s energizing. Being around that kind of energy and inspiration has allowed me to think bigger than I probably ever would have thought.” – Dan Rosensweig
Join our team

Everyone is busy, so we’ve simplified our activity and insights for you into short ‘snackable’ content pieces (e.g., case studies, infographics, and more).

If you like what we do, and want to stay up-to-date on our events, customer work, and related insights on training and technology, check us out on social media!

Bluedrop ISM offers a holistic solution for organizations that deploy and manage training for workers that stretch across many employers. Our SkillsPass ISM platform is designed to provide true Integrated Skills Management (ISM) across industries and jurisdictions. Bluedrop leverages its expertise in workforce development to deliver proven upskilling and credential management solutions for all industries and their most complex training situations,

Simply complete the form below and a Bluedrop ISM team member will contact you to arrange your 30 minute power demo of the SkillsPass training platform and our related workforce training solutions.

Bluedrop’s experience and proven eLearning content development capabilities are foundational in supporting our customers’ upskilling & reskilling requirements, and in maximizing the power of the SkillsPass™ Integrated Skills Management Platform.

Whether for broad State/Province upskilling programs, or single use, rapid response training requirements for a specific industry requirement- we can deliver an online solution with proven effectiveness and verifiable training results.

Bluedrop has developed and deployed eLearning training to support large and diverse upskilling and reskilling initiatives of governments and industries around the globe. Is industry-agnostic, and is now securely deployed with governments, industry associations and employers around the world, with close to 3 Million users.

Enables the deployment of wide ranging course content options to support skill development including industry mandated, OH&S, and upskilling in those critical in-demand functions required in the new digital economy.

Provides partners with a digital, single line-of-sight into training results, credentials, and certifications at the industry through to the individual level. With security and support that safeguards our client investments in two key ways:

A seamless online training ecosystem connection for all stakeholders or partners…

Let’s keep this simple- just fire us an email, or give us a call if you have questions, or simply want to chat more about workforce skill development!
info@bluedrop.com
1.800.563.3638
18 Prescott Street, St John’s, Newfoundland, Canada